It dawned on me recently that I had been working in London for over ten years now, almost a third of my existence spent in this crazy city.

London is many things to many people. Some love it, some hate it and for others it’s merely a novelty location for the odd day out or a night at the theatre.

For myself, starting out as a bored and slightly directionless teenager fresh out of college all those years ago it was an exciting prospect to begin working in the city. It held a mesmerising allure, a heady cocktail of bright lights, flashy bars, a bustling social scene and all the things that a young impressionable lad with disposable income and little responsibility is drawn to. For the first couple of years I loved it. 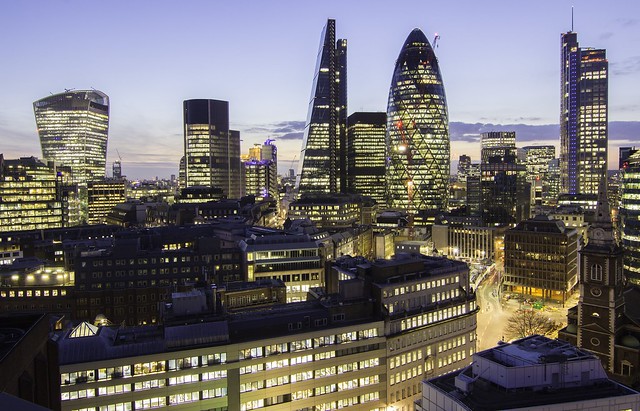 Then  2008 rolled around and it all began to change. The shit had hit the fan and we were in the midst of what would become one of the longest recessions in living memory. People were losing their jobs in droves, I’d been outsourced to a company and job I came to accept but ultimately loathe and the fun nights out on the town came to an abrupt end. The whole atmosphere of the city had changed to one of uncertainty and underlying fear. It had lost its charm and over the next few years it merely became a slightly depressing place I had to drag my arse to every day in order to go to work. The love affair with the city was well and truly over. 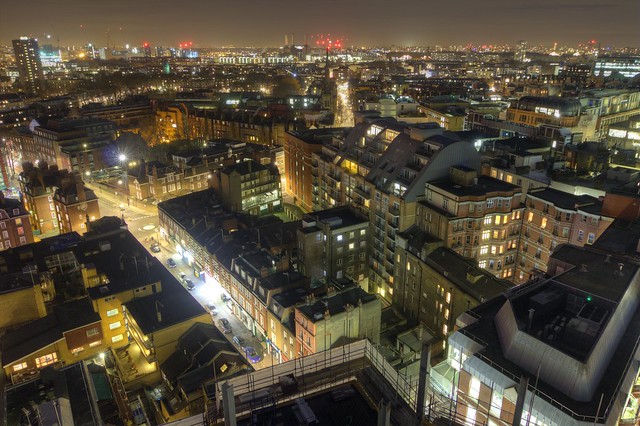 Fast forward another five long years and I had begun to develop an interest in photography and subsequently architecture, old buildings and abandonment. I came across pictures and online forums dedicated to exploring and documenting these old buildings . I was fascinated and the exploring seed had been well and truly sown.

The more I saw the more I wanted to experience these places for myself. I took my first foray into exploring derelict buildings and loved it, it scratched that proverbial itch for a while but soon the thrill these places offered began to dissipate somewhat. I needed more and so my attention turned to London. 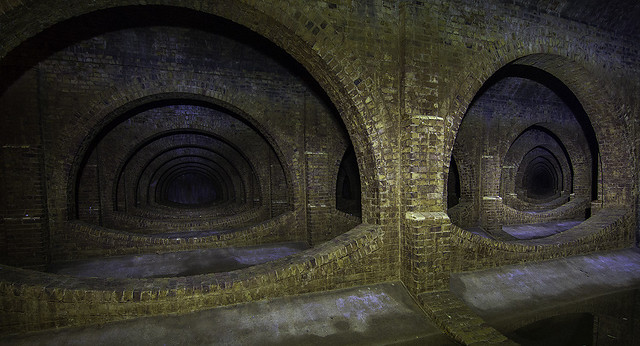 I had seen pictures and read reports of places that had been accessed and documented by other explorers in London. Amazing subterranean tunnels, abandoned tube stations and high rise rooftops with stunning nighttime views high above the city skyline. Places seemingly unattainable and out of reach. Or so I thought.

With a few like minded people I had met on well known online exploring forums (and that would go on to become good friends) we began to tackle some of the endless opportunities the city had to offer. 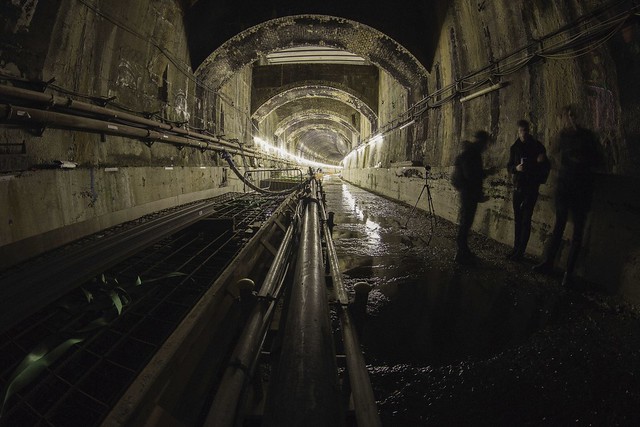 One of my earliest city explorations was a new luxury high rise construction site in central London. I remember standing at its base, looking up as it disappeared into the inky night sky high above, nervously waiting for a clear moment when hopefully nobody would see me jump the hoarding surrounding the site.

The time came and with my  heart pounding I was quickly over and inside. In reality I had merely climbed a higher than average fence but it felt like I was now in another world, a stranger in a strange place, an uninvited guest who had no right to be there. I felt equally terrified and excited. It felt great.

Creeping inside and searching for a stairwell, senses heightened by the adrenaline, climbing 30+ stories to the rooftop above with legs aching and lungs gasping I finally arrived at the top. The noise of the city faded, only the sound of the wind and the odd siren somewhere off in the streets 300 feet below reached that far up. The view was breathtaking and I’d never felt more alive. I was in love with the city again. 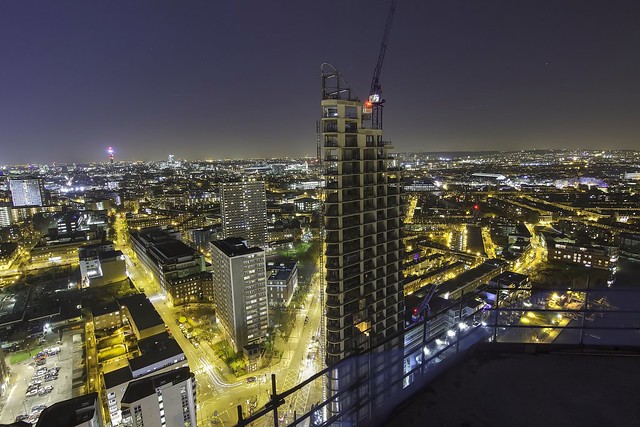 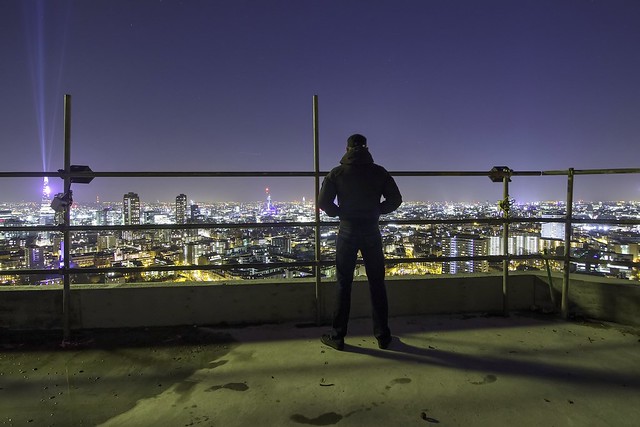 From there on I couldn’t get enough. I’d wait anxiously all week, counting down to the nights when I could head out into the city again to see what other treasures we could find.

Walking the streets I would constantly be looking for new opportunities to explore. A new piece of scaffolding becomes a chance to access a new roof, a new crane becomes another vantage point to enjoy the city from and new fences and hoarding a teasing invite to take a look at what might lay behind. London was no longer just mundane streets and roads. It was a huge playground, an endless series of puzzles to be tested and solved only for fresh new challenges to arise again. 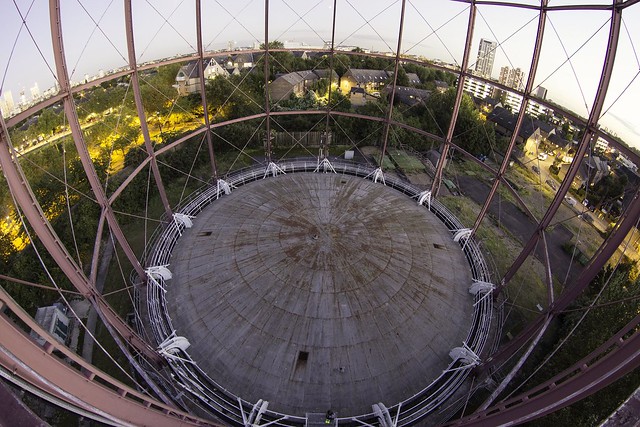 Other more experienced explorers had blazed a trail across London in the years before so naturally many of the places we visited had been done already but to experience these places for myself  felt unreal. To see somewhere in a photo is one thing but to finally stand there and experience the sights, sounds and smells first hand are quite another.

I have nothing but respect for those that had gone before us and I (along with many others) owe them a debt of gratitude for leading the way, cracking these places first and showing the rest of us that it could be done with enough perseverance, effort and at times a little bit of balls-to-the-wall craziness. If I can achieve a fraction of what some of those guys and girls have I’ll be happy. 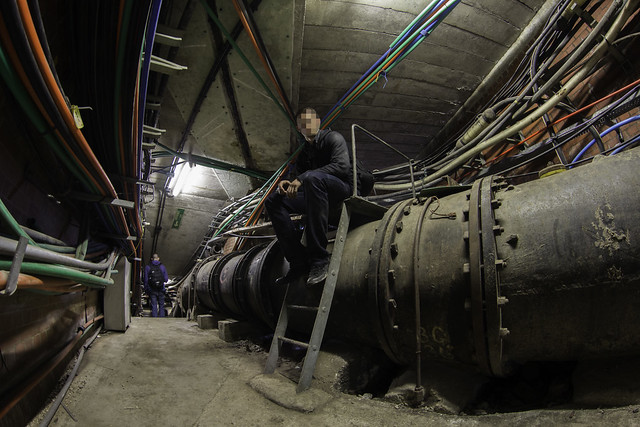 Since then I’ve been chipping away at the city, trying to see as much as possible and looking for new stuff whilst ticking off a few more of the “classics”. The beauty of London is there’s just simply so much to see with new opportunities arising every day. Just walking the streets you never know what you might stumble across and knowing that I’ve barely scratched the surface makes it all the more exciting.

I spent many years never really paying attention to or appreciating what was around me when in London. Working there every day numbed me to it but since starting to actually explore it I now look at the city in a whole new way. I appreciate it for what it is, the history and character it holds and just how awe inspiring something seemingly mundane can be when you simply look at it from a new angle. 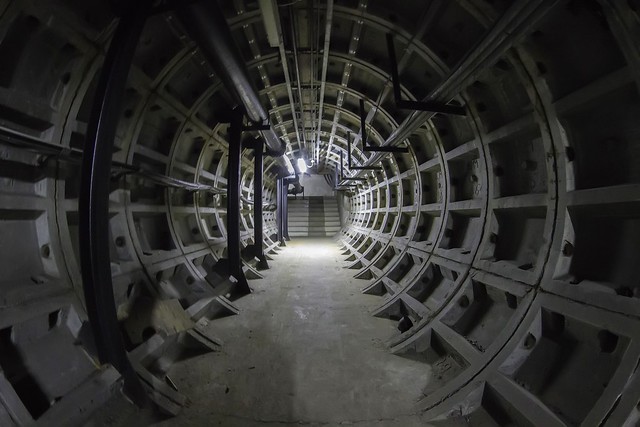 For now I’ll continue to soak up as much of the city as possible and have as much fun as I can whilst I’m at it.  You can keep your expensive hipster bars and latest “exclusive” city hangouts that pull your pants down for an extortionate entry fee and a flat pint. I’d much rather share a few cans with like-minded friends on a rooftop or crane somewhere well away from that kind of madness, have a laugh and just enjoy the scenery.

So, to that end, cheers to all you London explorers old and new. Thanks for helping me realise there’s more to the big smoke than just the drudgery of the 9-5 daily grind and for helping me love the city again.

Maybe I’ll bump into you up on a rooftop or down in a tunnel someday but in the meantime let me raise a can to you. 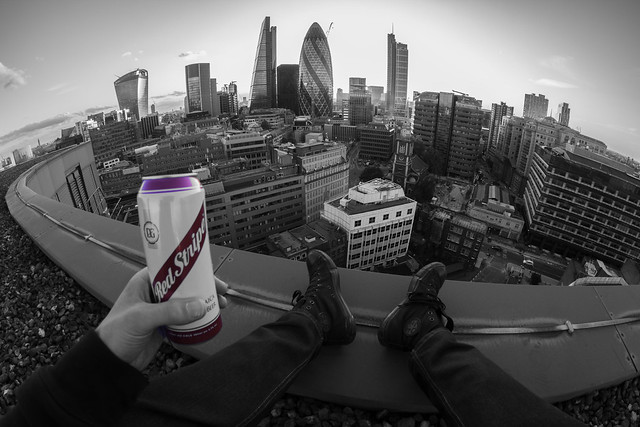